I have a lot of fun with the llamas and it's always nice to be able to share their achievements with the public.  Here is just a tiny selection of some of the most memorable things we have been up to lately!  I warn you.....we pop up everywhere! 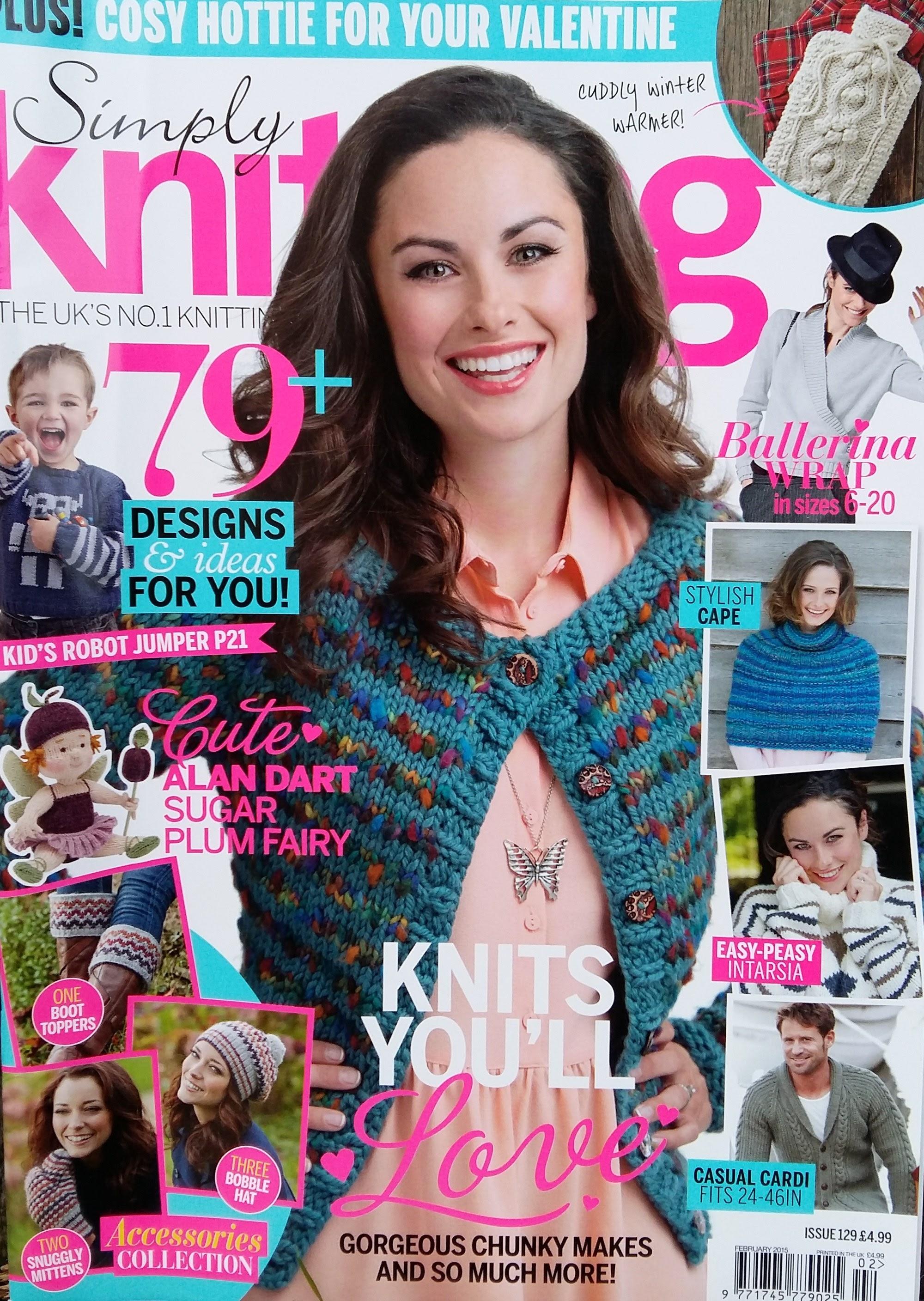 A flattering double page article by Judy Darley.  Billed as the UK's No.1 knitting magazine, we were lucky enough to have had a feature written about us - how I spin and knit the llamas' fibre and how I fundraised by selling knitted llamas 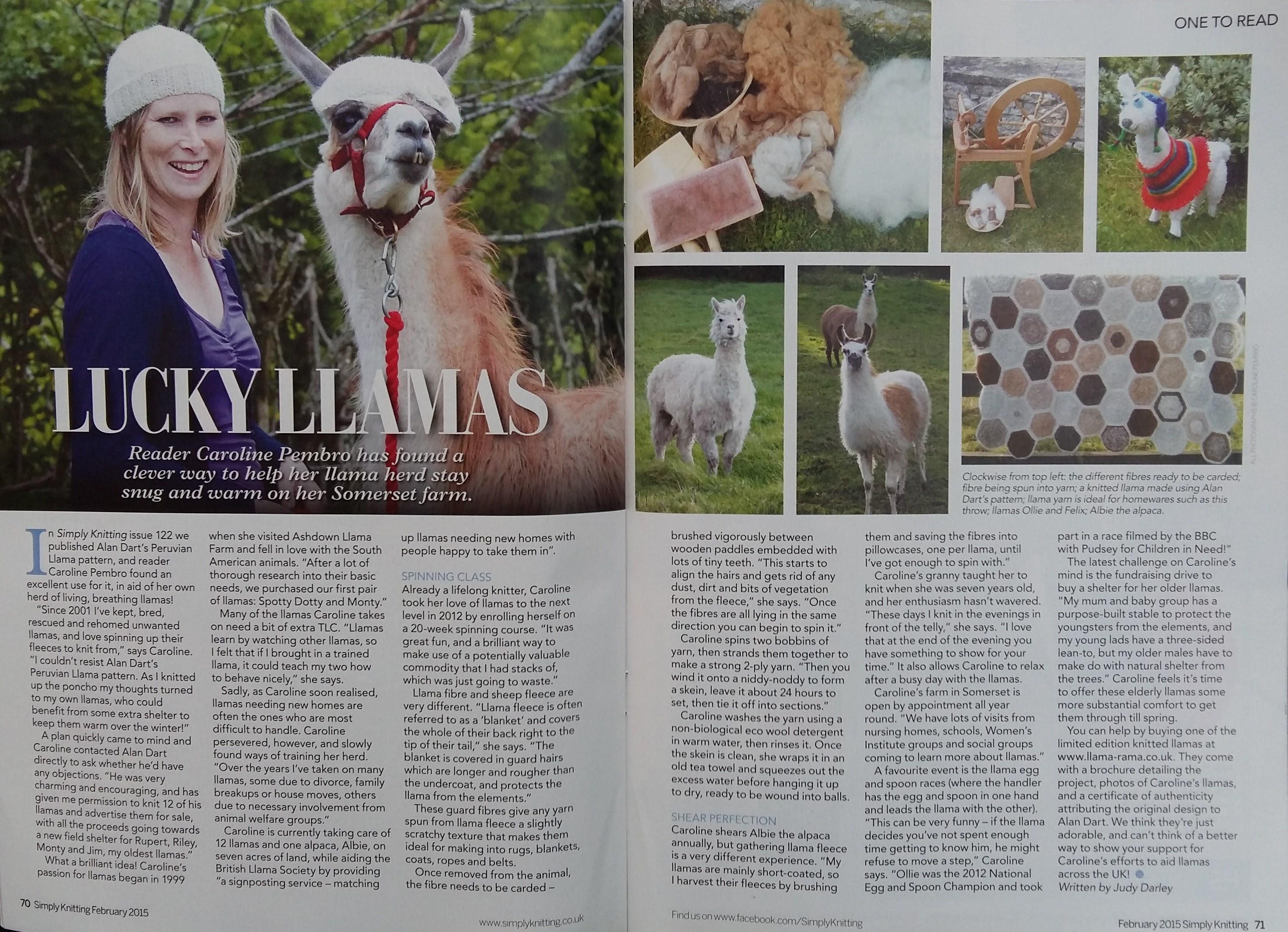 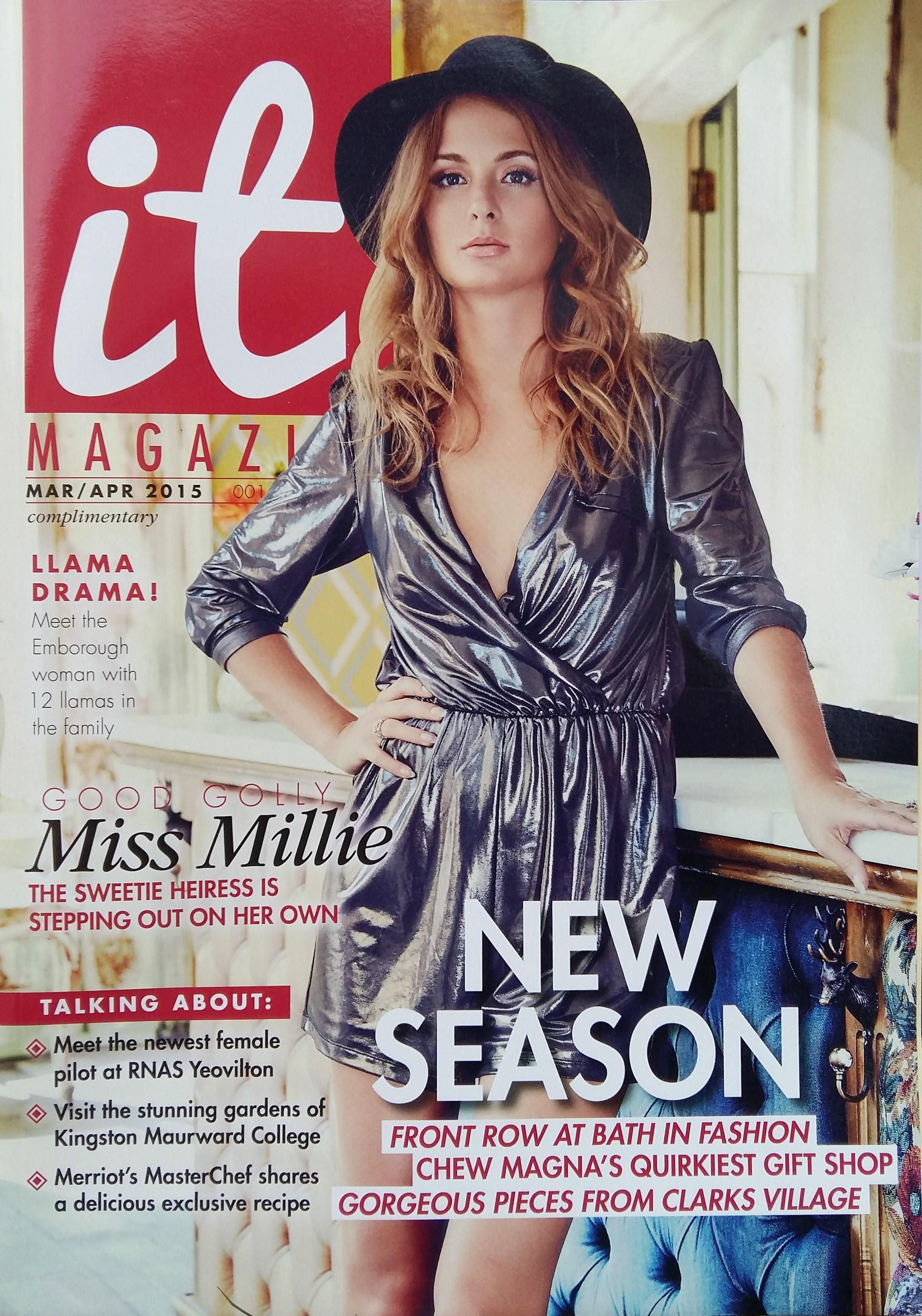 A lovely double page article by Maxine Irving in a magazine whose aim is to, "bring you stories about the lives of some of the most interesting women in Somerset"  in this case though, I think it was the llamas that were interesting, rather than the owner! 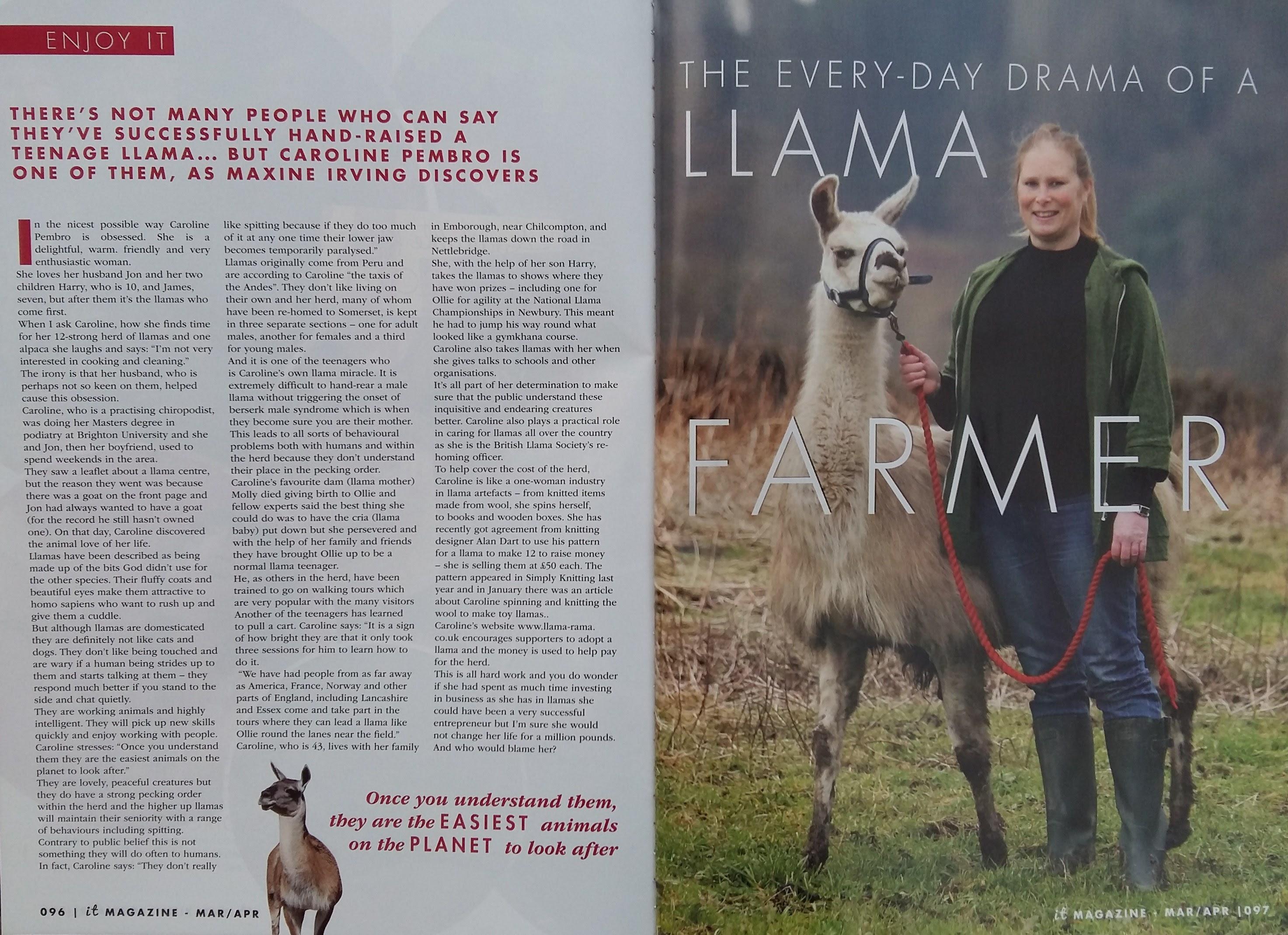 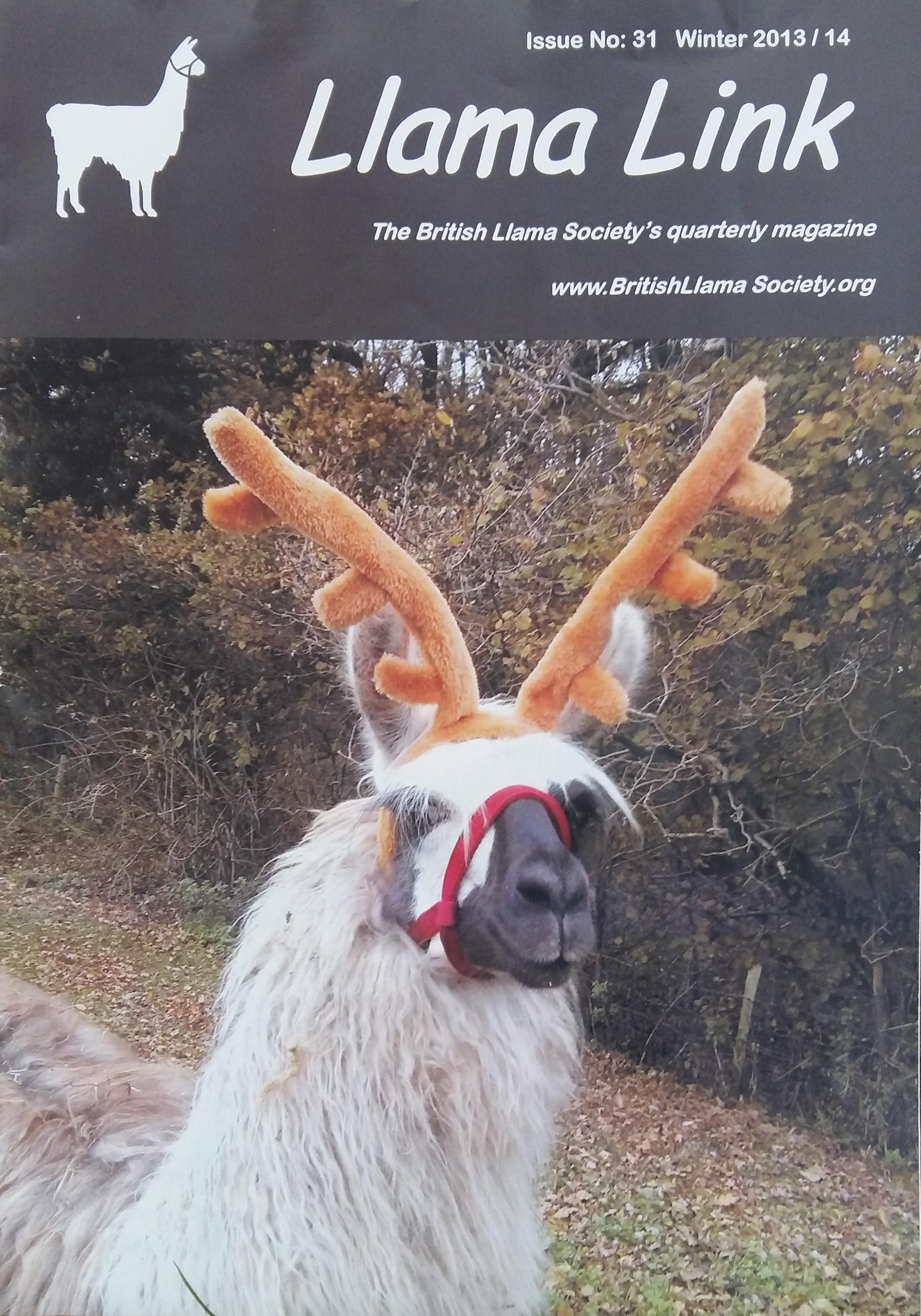 Here's our very own Eric, on the front of the British Llama Society's quarterly magazine... modelling the very latest in llama headwear. (If you want to pretend to be a reindeer for Christmas! 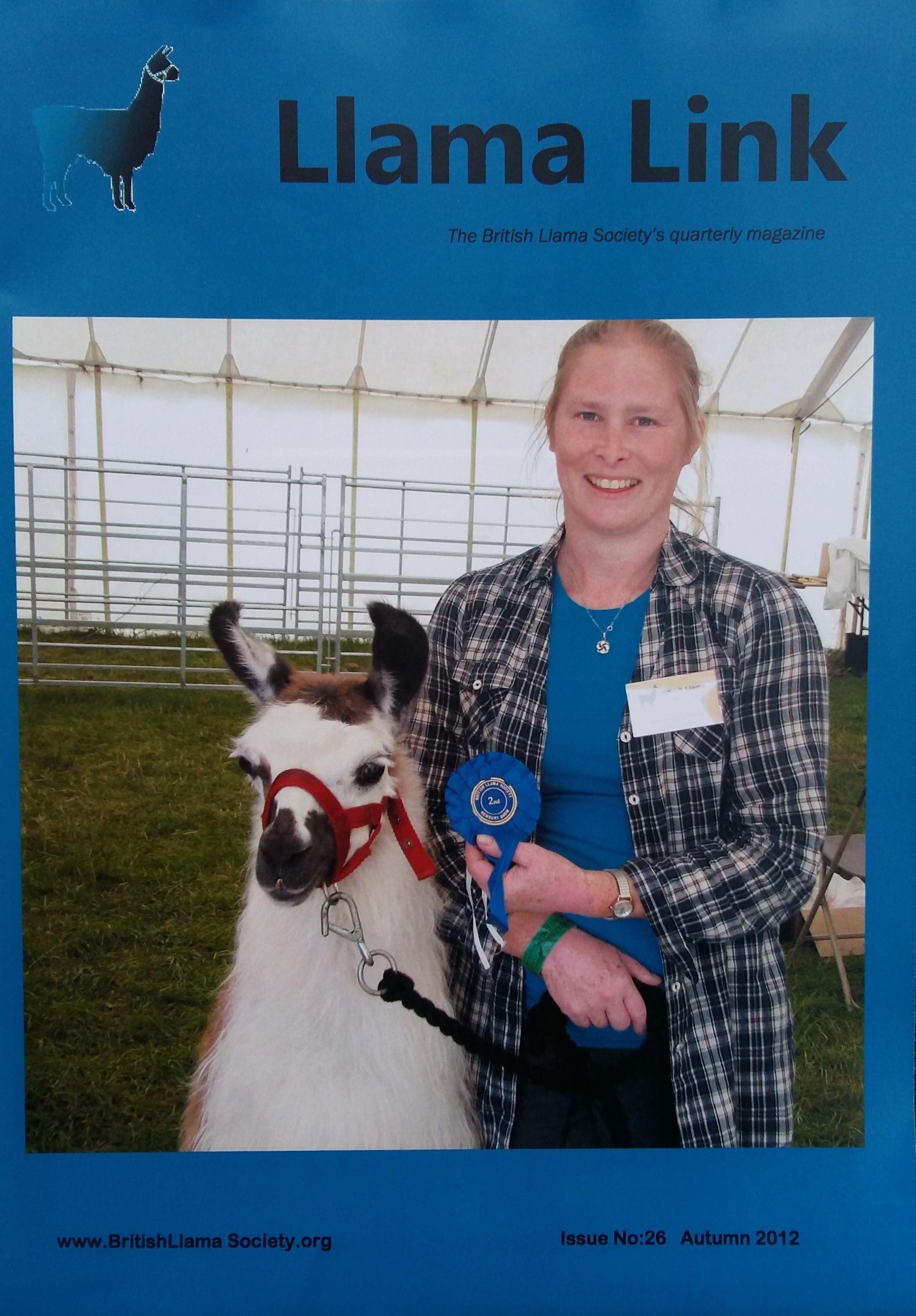