My name is Caroline and I have been keeping llamas since 2001.  I am married to Jon and we have 2 sons - Harry who is 16 and James who is 13.  Like most llama owners, I started out with a pair of llamas, quickly realised that two were simply not enough and the rest, as they say, is history!

The herd is based on the edge of the Mendips, in Somerset and is a mixture of youngsters that were born here and adults who have been 'rescued' from people who just could not keep them anymore.  In 2015, we were overjoyed to be able to buy a property with a little bit of land, so after nearly 15 years in rented fields, the llamas (formerly known as the llama-rama llamas) were able to join us at Hill House and are now known as the Hill House Llamas.

I first fell in love with llamas, way back in 1999, during an impulsive visit to Ashdown Llama Farm in East Sussex.  Two years of saving, dreaming and hoping saw me bring my first pair of llamas home, onto rented land, situated a few miles away from our house.  Our shared dream of one day owning a property with a bit of land started way back then, in 2001.  Having been bitten by the llama bug and learning that llamas, being herd animals, are happiest in larger groups, I also began offering a home to unwanted llamas in need of rehoming, through the British Llama Society.

"You can have as many llamas as you want, as long as they pay for themselves"

This was the, now infamous, statement made by my long-suffering husband, who doesn't quite share my love of llamas!  It was the reason I created llama-rama (in 2006) - the business that would help the llamas pay the rent on their fields and cover all their feed, veterinary and equipment bills over the following years, enabling me to indulge my love of llamas, adding more destitute llamas to the herd, whenever the need arose.

In 2007, under the banner of llama-rama, I first introduced the highly-successful, Adopt a Llama scheme.  This contributed greatly to us being able to purchase a house, complete with a small area of land in 2014 and the llamas became known as The Hill House Llamas, after the house we now call home.

But the hard work was only just beginning!

Although we managed to purchase the house with a little bit of land, half the herd were still living on rented land and the llamas had to continue working flat-out for a further four years, before we were able to purchase the remaining few acres of land that we needed, in order to secure the future of the herd.  This, they managed to do in 2019 and I was able to relax a little and take a look at the direction of the business.  Up until this time, I was running The Hill House Llamas as a herd and llama-rama as the fund-raising side.  Various family members pointed out that this was a bit confusing - why didn't I just ditch llama-rama?  Easy enough for them to say though - I had worked so hard to build up the brand!   However, it was becoming increasingly time-consuming to keep on top of marketing, web content and social media for both brands, so I decided to listen to the younger generation and so, with the start of the new decade, in 2020 began the re-branding and merging of llama-rama with The Hill House Llamas, although the overriding message behind it all remains the same:

We currently have 12 llamas in the herd, a lovely number that suits the land perfectly.

We are not open to the general public, but are happy to share the llamas with you, by prior appointment.  In the meantime, please do follow us on social media, sign up to our newsletter to receive regular updates about all the llamas and their activities and rest assured that the profits from all the products for sale through this website still go straight back in to providing for the llamas' every need.

Thanks for your interest 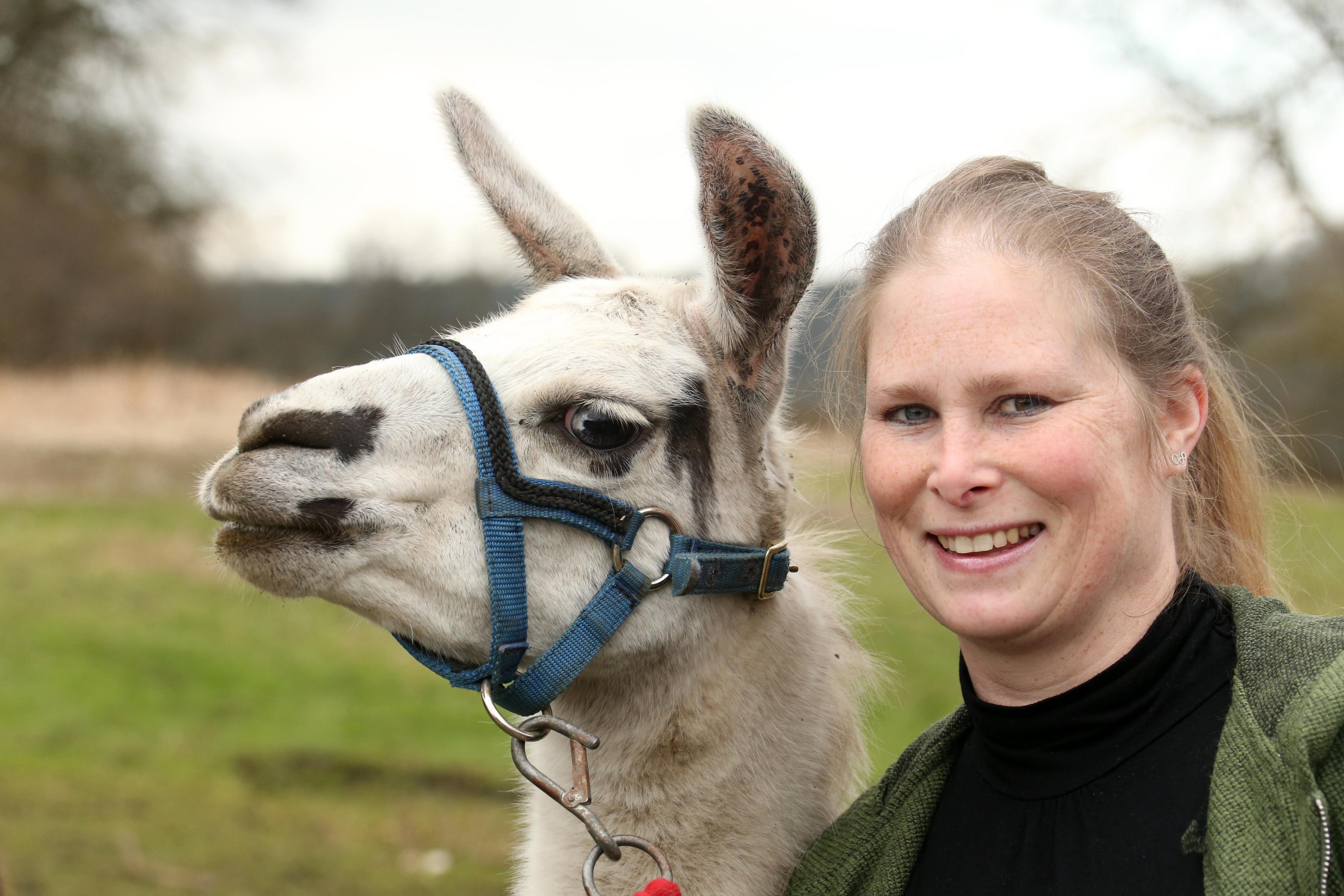